We look forward to HuDost's performance next year in 2021.

The music of HuDost weaves a seamless tapestry of Folk, World, and Rock that renders tears and laughter in listeners, cultivating the nameless longing that abides somewhere in all our hearts and invoking total celebration. HuDost’s core musicians are Moksha Sommer, from Montréal, and Jemal Wade Hines from Kentucky. Having toured the U.S., Canada, and Europe constantly since April 2006, HuDost has grown and expanded, travelled rocky and glorious terrain and marveled at all they can learn and explore. Moksha and Jemal Wade in this time have grown as artists, as seekers, as a couple and as a family. Since 2015 they have also been highly engaged activists, doing advocacy work as KY Congressional District Representatives for ONE (a non-profit organization working to end extreme poverty and, specifically, the sexism of poverty).

HuDost has just released a new album, 'of Water + Mercy', that has received rave reviews and, as an independent release, reached #24 in the BILLBOARD SALES CHARTS for Folk/Americana. 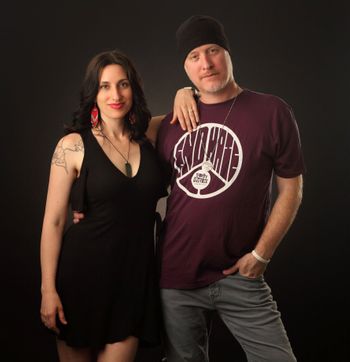 By donating to Trails & Vistas you're supporting the arts and helping to bring immersive
experiences in creativity for local students and communities.
Trails & Vistas strives to create a more sustainable and healthy world for all people across race, class, gender, geography, and other differences.