Celebrating 30 years together, Mumbo Gumbo has been one of Northern California's most celebrated bands, releasing nine albums of original music and performing thousands of shows for devoted fans of all ages. From festivals to intimate settings, from park concerts to parties, this group of musicians creates community wherever they go.

They are one of California's top musical groups, with their uniquely festive roots-music sound. Their "genre-bending Americana” musical stew is a combination of soul, zydeco, folk, blues, rock, Cajun, and country.  Mumbo Gumbo is  an institution on the NorCal concert scene  and they always make sure to leave their audiences dancing their hearts out.  Fronted by two first-rate singer/songwriters, Chris Webster and Tracy Walton, Mumbo Gumbo is anchored and driven by one of the region's longest-lived rhythm sections: drummer Rick Lotter and bassist Lynn Michael Palmer.  With Steve Stizzo's keyboards,  Jon Wood's guitar, and Darius Babazadeh’s Sax, adding key ingredients to the  band's expansive sound,  Mumbo Gumbo has built a reputation not just for danceability, but for creative depth.

Mumbo Gumbo has also received numerous awards for their “genre-bending Americana” stew of sound, and for their years of support to charitable and community organizations.

Join Mumbo Gumbo this September for the World Concert at the beautiful shores of Lake Tahoe for the Lake Tahoe Shakespeare Series event. 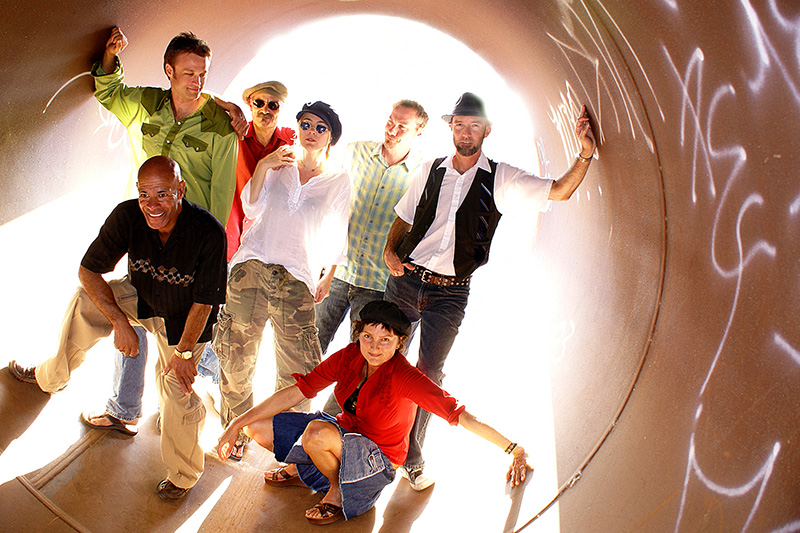 By donating to Trails & Vistas you're supporting the arts and helping to bring immersive
experiences in creativity for local students and communities.
Trails & Vistas strives to create a more sustainable and healthy world for all people across race, class, gender, geography, and other differences.

All materials copyright of Trails & Vistas Inc. ©2004-2021. Use of any materials and photographs other than Trails & Vistas event promotion require written approval by the Executive Director Nancy Lopez at info@trailsandvistas.org For all press inquiries contact: Nancy Tieken Lopez, Founder and Artistic Director