Leigh Collins grew up in beautiful Truckee, California. She began her training at InnerRhythms Dance at the age of 13, and continued her training at the Joffrey Ballet School in New York City. From there Leigh joined the Joffery Concert Group as a founding member in 2011, where she performed original and classic works, touring Europe. Leigh performed with the Nevada Ballet Theater and is now back home in Truckee teaching at InnerRhythms Performance Center and performing at Trails & Vistas events. Classes and workshops at InnerRhythms School of Performing Arts. 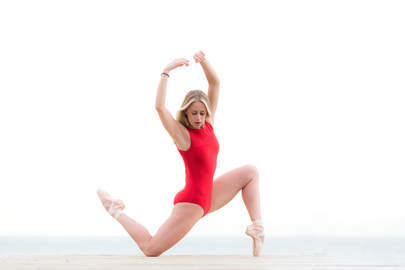