Reno’sTaiko Tsurunokai is a Japanese drum group formed in 1997 by Rieko Shimbo. The group plays traditional Japanese folk music as well as original songs and has performed in numerous multicultural festivals and charity events in the Reno/Sparks area. Tsurunokai means "gathering of cranes" and the crane, which is the symbol of the group, can be seen on their drums as well on the festival clothing worn by the performers.

Rieko Shimbo was born in Tokyo, Japan where she studied traditional Japanese music and folk dancing for many years. She moved to Reno in 1994 and became a teacher for young children at the Mountain View Montessori School. Three years later, she piloted Reno's first Taiko drum group and the group has been growing strong ever since. Her passion as well as the mission of this group is to introduce people to the rich culture of Japan by sharing this exciting art form as well as to create a feeling of community through the music. 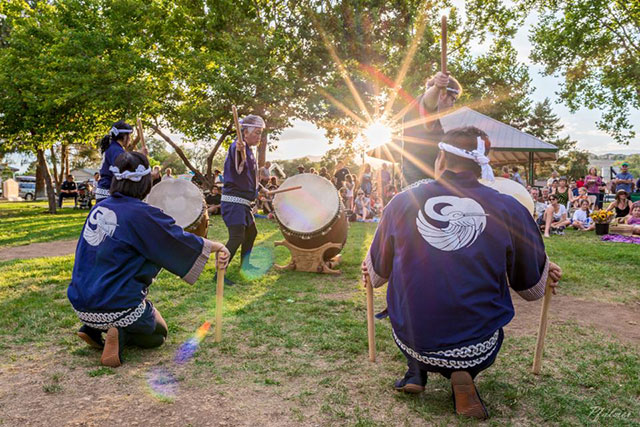